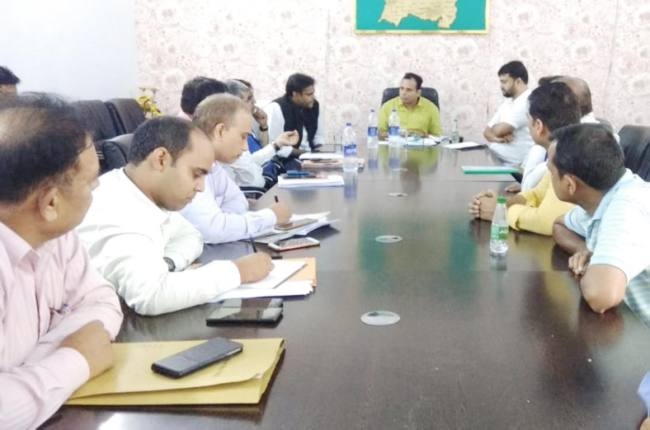 Rahul Purvar, MD of Jharkhand Bijli Vitran Nigam Limited(JBVNL) reviewed the various works being done by the Department of Electricity in the division on Wednesday. After this, he said that the power system of Chaibasa and Chakradharpur will be rectified by October. He also mentioned that the uninterrupted power supply will be restored in both Chaibasa and Chakradharpur as well as in rural areas.

In the review, the GM of the Electricity Department and the Chief of the Engineer and other senior officials of Chaibasa-Chakradharpur and Jamshedpur Department were present. Rahul Purvar informed the people that 20 new power substations are being constructed for the uninterrupted power supply so that there is no problem of power cuts in the upcoming electricity.

The rigging system is being brought in so that if a power line from one grid to the substation is interrupted, then the power can be supplied by connecting with the second grid. Then, there will be no problem of power cuts in the city and rural areas. Due to the excessive power supply, there will be less loss in the electric department. He said that now the loss of the department is 22 percent. Work is being done to reduce it to 15 percent. Deputy Commissioner Arwa Rajkamal was also present on the occasion.

Schemes running in the district –

One thought on “Uninterrupted Power Supply”